In today's post, we are going to see how easy it is to do digital signing using Java programming language. Java has provided libraries that you can use out of the box to produce digital signature. Let's get started.


A little bit of theory

For those of you who do not know yet about digital signature, this is basically a process that ensures that the content that you sent has not been altered in any way. Digital signature is one of the most important things to do in this digital world. Without it, it will be hard to verify data integrity.

At this stage, one must have noticed that to check data integrity, you can actually use a hashing algorithm. For example, when you download a file from the internet, they usually provide the hash (be it MD5 or SHA1 or higher) for you to check the integrity of the downloaded file.

Although this is true, digital signing actually provides you with more than just a data integrity. Digital signing has tight integration with PKI (Public Key Infrastructure). In order to perform digital signing, you need to have a pair of keys, called Public Key and Private Key. Given that public-private keypair is owned only by one person, one cannot deny that he/she performed the digital signature (so called non-repudiation).

Why you would ask? Why not use Alice's public key? To answer this, we need to remember back the concept of non-repudiation briefly mentioned above. Public Key (as the name suggests), can be distributed to anyone in the world, because it's public. Private key though, on the other hand, can only be kept by the key owner. Hence, when Alice performs digital signing using her private key, we can ensure that the message does come from Alice.

We will start our first step of performing digital signing with keypair generation method. This method is used to generate a new keypair that will be used through the entire process of signing and verification. See below.

I have created a new method named generateKeyPair. This method accepts TWO (2) parameters, which is the keypair algorithm and the length (or so called the key size).

Generating keypair in Java involves initialising a class named KeyPairGenerator. You just need to provide the name of the algorithm to its getInstance method. It will return the appropriate instance of the KeyPairGenerator. There are some other overloading methods of the getInstance which allow you to provide different provider, however this is out of the scope of this post.

Once you get the instance of the KeyPairGenerator, you need to tell the length of the key to be generated to this generator. This is as simple as calling the initialize method and passing in the key length required.

Now that we have the method to generate keypair ready, let's create another method to perform the signing.

The sign method above accepts few parameters:
Just like keypair generation, the procedure to perform digital signing involves several simple steps. First, you need to get an instance of the class Signature by passing in the algorithm to its getInstance method. If the algorithm is recognised and correct, you will get the proper instance of the class Signature to perform the signing.

Once we have the instance ready, we need to tell it which key to use to perform the signing. To do this, we need to call the method initSign of the Signature object and pass in the key that we are going to use to sign.

The next step is to tell the class as well what is the data that we want to sign. To do this, we send in the byte of data to the update method. By now, you should have noticed that the parameter is in byte[] instead of String. This is because you pretty much can sign anything, not only String object. You can perform digital signature on binary files as well.

Once everything is set up, you can simply call the sign method and it will perform the signing and return it to you as a byte array. As you know, byte array is not something that is easily representable to the end user. That's why, we usually encode the signature into more digestible string, such as to Hexadecimal or Base64. In the example above, I encoded the signature to base64 using the Base64 class that is provided by Java as well.

This method accepts several parameters:
To perform digital signature verification, we are still using the same class Signature. The difference now is that, instead of calling the initSign method and sending the private key, we should call initVerify method and send the public key.

We then need to tell the class what's the plain text to be checked against. To do this, we call the update method and passing in the plain data as the parameter.

Tying it up together

Now that we have all the methods ready, let's test it and see if everything is working. Take a look at the code below.

As can be seen above, I tried to perform signing to a string "Hello Digital Signing with Java". The keypair is to be generated using RSA-2048 and the signing algorithm will be SHA256withRSA. By now, you should have noticed that the signing algorithm is the combination of the hashing and asymmetric-key algorithm, like what I have mentioned above.

Let's run the application and see what's the output.

Now, you can see that we have successfully generate the digital signature, which is then printed in base64 encoded format. The verification is as well successful. This proves that the data has not been tampered.

Now, let's see what happen if we change the code to be like below.

Here is the output of the application now.

You can see above that the verification result now is false. This proves that the data has been tampered.

Digital signing is very important to ensure data integrity and non-repudiation. This can be easily achieved with Java programming language using a few simple steps that we have discussed above. Hope this post helps.

Source code for this post is available on GitHub as well: https://github.com/handracs2007/digitalsigning.

Popular posts from this blog

- September 26, 2020
This is the last post I make to this blog. New blogs will be posted at https://www.handracs.info/  and my medium page at https://medium.com/@handra . Cheers
Read more

- November 30, 2019
Introduction Java stream API is not a really new API. This API has been introduced by Oracle since Java version 8. As specified inside the JDK documentation, Java stream is  A sequence of elements supporting sequential and parallel aggregate operations (source: https://docs.oracle.com/javase/8/docs/api/java/util/stream/Stream.html). Stream API, when used properly, can help the use of collections simpler and easier, following the way of doing functional programming . Java stream API has plenty of operations available. In today's post, we are going to run through some of the available operations provided by the stream API, including the sample source code and output from it. Due to so many operations available, we will limit our discussion to just several functions. For the rest of the discussion, we will consider having TWO (2) classes, Student and ClassRoom . The code for the 2 classes is as below. public class Student { private int age ; private String name ;
Read more 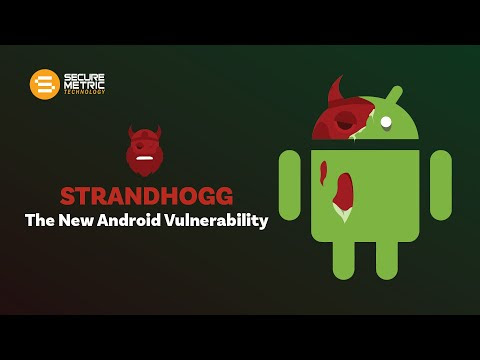 A new vulnerability discovered by Promon named StrandHogg has been actively attacking Android devices. The bad thing is, it has capability to attack both rooted and un-rooted devices. This vulnerability is so dangerous that even knowledgeable users can be tricked to submit their credentials, which will then be stolen and used for malicious purposes. “StrandHogg is unique because it enables sophisticated attacks without the need for a device privilege escalation (rooting), The vulnerability allows hackers to exploit a weakness in the multitasking system of Android to enact powerful attacks that allows malicious apps to masquerade as  legitimate apps on the device,” says Promon. Securemetric, as one of the many companies, working in digital security, provided a solution named SMobileShieldX (SMSX). Quoted from its website, SMSX is a security technology that provides self-protection abilities to the mobile application. SMobileShieldX integrates directly into the mobile application to
Read more